High Altitude Platform Stations (HAPS) are an alternative to satellites operating in the stratosphere instead of space. HAPSMobile, a subsidiary of a Japanese company called SoftBank, is one of the pioneers in this booming industry and has developed the Sunglider.

This innovative aircraft is intended to carry the telecommunications payload to the required area, and the fact that it has been supported by NASA shows the importance and potential of this new way of providing connectivity. In addition, this outsized aerial vehicle was supposed to stay at operational altitudes for a long time without having to return to the ground to refuel.

The Sunglider is fully durable, powered only by batteries and solar power. During the day, the solar panels charge the batteries so that during the night the aircraft can continue to fly, powered by the charged batteries. This gives it impressive 24/7 operation. Thanks to its lightweight construction from carbon materials, it is able to fly even when the wind is not so strong, and it can also withstand turbulence due to its wingspan of 256 feet (78 meters).

This durable aircraft is smart too – the on-board computer controls it based on the wind pattern. When it takes off, it is guided by the ground control center, and when it reaches the stratosphere, an operating system directs it to the specific service location. Once it reaches this area, it is able to fly autonomously for several months. The Sunglider is designed to operate 12 miles (20 km) above the ground, and it can reach speeds of up to 68 mph (110 km / h).

The Tokyo-based company founded the HAPS Alliance with Loon, another player in the HAPS industry, and recently announced that it has acquired more than 200 patents from Loon, which is in the process of shutting down. With these new patents related to HAPS network technologies, services and operations, the Japanese company will add even more capabilities to its upcoming services.

The Sunglider successfully completed its stratospheric flight test last year, when HAPSMobile became the first in the world to provide LTE connectivity from a fixed-wing unmanned aircraft in the stratosphere. 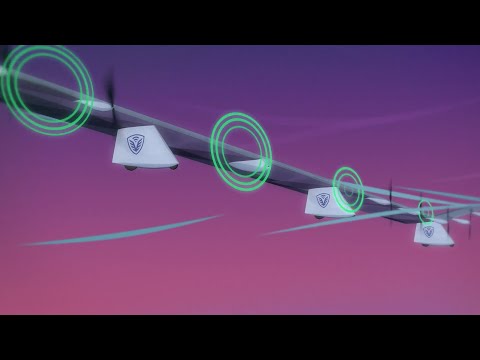